SOS Hermann Gmeiner College Dhaka celebrated “102nd Birth Anniversary of the Father of the Nation Bangabandhu Sheikh Mujibur Rahman and National Children’s Day 2022” in a befitting manner.  All the students and the teachers and other staffs of the college attended the programme in ‘Helmut Kutin Auditorium’ of the college on 17 March 2022 at 9:00 a. m. The programme started at 9:30 a.m. with the recitation from the holy Quran by a student of class XII. Then two students, two teachers and finally, the Principal of the college delivered their speeches. The Principal of the college described the life of Bangabandhu, his leadership skills of achieving independence of Bangladesh, his humanity and greatness in her speech. She advised the students to follow the path of the greatest Bangalee of all times, Bangabandhu Sheikh Mujibur Rahman. She also added that they should perceive Bangabandhu’s cognition and reflect it in their lives. The discussion part of the programme ended at 10:00 a.m. that followed a cultural programme where there were a group dance; both solo and group songs; recitation from a part of “The Unfinished Memoirs” which is an autobiography of Bangabandhu; and recitation from a poem. The whole programme ended at 11:30 a.m. It can be mentioned that on the occasion of Bangabandhu’s birthday and National Children’s Day there was the arrangement of “Art Competition” and “Essay writing Competition” for the students of the college. The topics for the art competition were ‘Birthday of Bangabandhu’ (for the students of class I to class III) and ‘26 March’ (for the students of class IV to class XII) and for essay competition the topic was ‘Leader of the World, Sheikh Mujib’(for the students of class IX to class XII). Moreover, the whole college was decorated with beautiful and colourful lights on the occasion of the day. Here it is also mentionable that the students and the teachers of SOS Hermann Gmeiner College Dhaka observed the historic 7 March with due respect commemorating the landmark speech of the Father of the Nation Bangabandhu Sheikh Mujibur Rahman. On the occasion of the day, the students from class I to V were listened to the historic 7 March speech so that they could learn and understand the history of independence of the country. There was also an arrangement of “Speech Competition” on this historic speech for the students of class VI to XII. 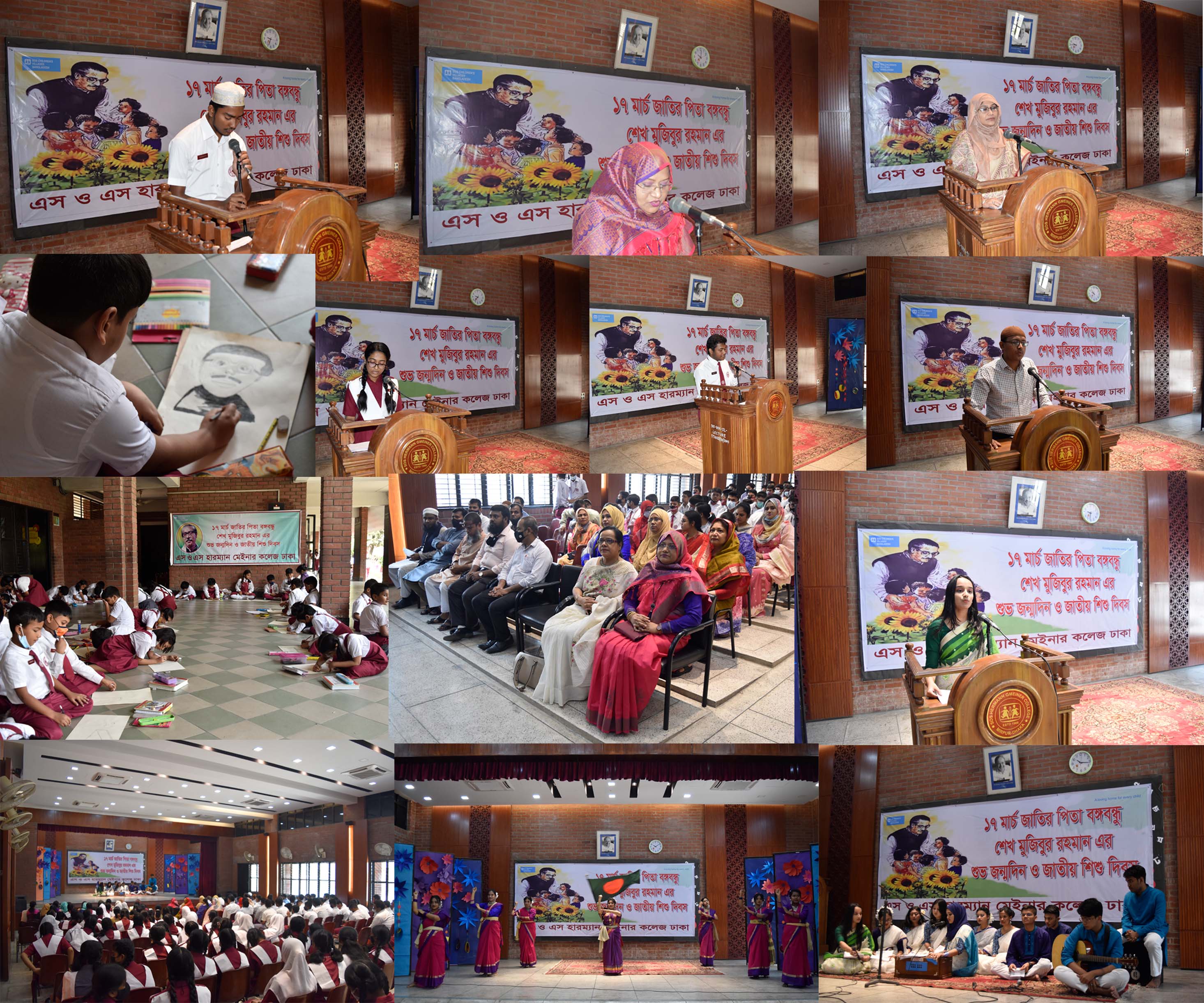